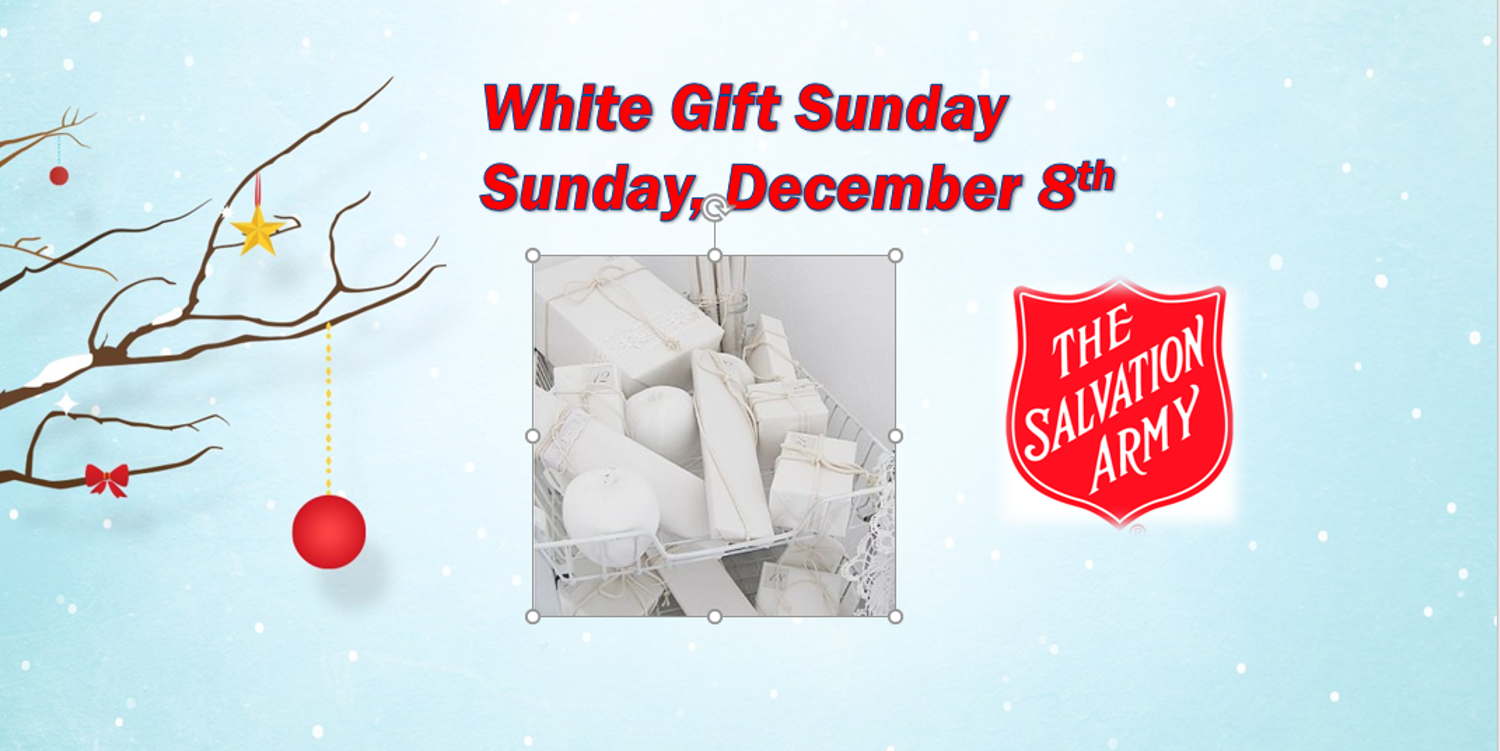 Save to your Calendar

The Meaning of White Gift Sunday: The tradition of White Gift Sunday has its roots in a small Methodist church in Ohio in 1904. What began as a humble way to reflect on the love and devotion of the giver and not the value of the gift has grown into today’s white gift services in many churches across several denominations. The story is told that a minister’s wife initiated the idea to solve the problem of inequity of gifts given at the Sunday school Christmas party. Instead of focusing on receiving gifts, the focus shifted to bringing gifts to Jesus that could in turn be shared with people around the world who did not have much. All the gifts would come wrapped in plain white paper, so that no one would know which was an expensive gift and which was a more modest one. No one would feel ashamed of their gift and everyone would share in the joy of giving to others.